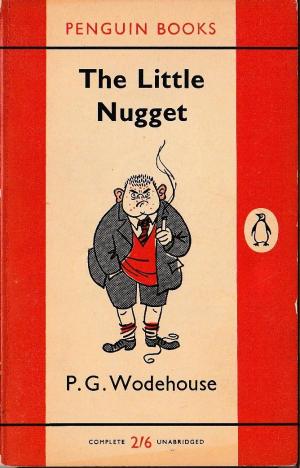 “And presently the cab would roll away down the long drive, and my work would begin, and with it the soul-discipline to which I alluded.

At intervals throughout the day there are further feats to perform. Carving the joint, helping the pudding, playing football, reading prayers, teaching, herding stragglers in for meals, and going round the dormitories to see that the lights are out, are a few of them.

I wanted to oblige Cynthia, if I could, but there were moments during the first day or so when I wondered how on earth I was going to snatch the necessary time to combine kidnapping with my other duties. Of all the learned professions it seemed to me that that of the kidnapper most urgently demanded certain intervals for leisured thought, in which schemes and plots might be matured.

Schools vary. Sanstead house belonged to the more difficult class, Mr. Abney’s constant flittings did much to add to the burdens of his assistants, and his peculiar reverence for the aristocracy did even more. His endeavor to make Sanstead House a place where the delicately nurtured scions of the governing class might feel as little as possible the temporary loss of titled mothers led him into a benevolent tolerance which would have unsettled angels.

Success or failure for an assistant-master is, I consider, very much a matter of luck. My colleague, Glossop, had most of the qualities that make for success, but no luck. properly backed by Mr Abney, he might have kept order. As it was, his classroom was a beargarden, and, when he took duty, chaos reigns.

I, on the other hand, had luck. For some reason the boys agreed to accept me. Quite early in my sojourn I enjoyed that sweetest triumph of the assistant-master’s life. the spectacle of one boy smacking another boy’s head because the latter persisted in making a noise after I had told him to stop. I doubt if a man can experience so keenly in any other way that thrill which comes from the knowledge that the populace is his friend. political orators must have the same sort of feeling when the audience clamours for the ejection of a heckler, but it cannot be so keen. One is so helpless with boys, unless they decide that they like one.

It was a week from the beginning of the term before I made my acquaintance of the Little Nugget.»