“Holmes was charming and gracious, but something about him made Bellknap uneasy. He could not have defined it. Indeed, for the next several decades alienists and their successors would find themselves hard-pressed to describe with any precission what it was about men like Holmes that would cause them to seem warm and intgratiating but also telegraph the vague sense that some important element of humanness was missing. At first alienists described this condition as “moral insanity” and those who exhibited the disorder as “moral imbeciles”. They later adopted the term “psychopath”.

The devil in the White City; murder, magic, and madness at the Fair that changed America

“BOYLE: I think you went for another purpose. Do you understand what I’m saying? I think you are in serious trouble.

SUTCLIFFE: I think you have been leading to it.

BOYLE: Leading up to what?

BOYLE: What about the Yorkshire Ripper?

Somebody’s husband, somebody’s son; The story of the Yorkshire Ripper

“Leon County Chief of Detectives, Jack Poitinger, would give a deposition to the defense team in which he recalled that Ted had told him a day later he had a desire to cause great bodily harm to females. Poitinger had asked him why he had such a proclivity for stealing Volkswagens, and he’d said it was because they got good gas mileage.

“Well, come on, Ted. What else is there about it?”

“Well, you can take out the front seat”.

There was a hesitation on Ted’s part, and Poitinger said, “It might be easy to carry someone in the car that way”.

The detectives and the suspect fished around for a word that would suit, and came up with “cargo”.

“It’s easier to carry cargo in them”.

“Why is it easy to carry cargo?”

“You can control it better…”

The stranger beside me

“We are frequently asked why true crime is so compelling to readers and viewers, given its often grisly subject matter and tragic endings. The answer, we believe, is that, by its very nature, true crime deals with the essentials and fundamentals of what we loftily call “the human condition”. By this we mean the instincts and emotions we all feel: love, hate, jealousy, revenge, ambition, lust, joy and sadness, terror, disappointment and despair, and feelings of grandiosity and personal entitlement… often coupled with equal measures of deep-seated inadequacy and self-loathing. True-crime narratives represent the human condition writ large: ordinary people operating at the terrifying extremes of those instincts and emotions. In this vein, every mystery we relate, every case we report, every outcome we track, becomes its own morality play, complete with heroes, villains, and victims.”

“I hijacked popular culture and furnished my inner world with the clutter. I spoke my own specialized language and viewed the outside world with x-ray eyeglasses. I saw crime everywhere.

CRIME linked my worlds -inside and outside. Crime was clandestine sex and the random desecration of women. Crime was as banal and rarefied as a Young boy’s brain perk-perk-perking.

I was a committed anti-Communist and somewhat more tenuous racist. Jews and Negroes were pawns in the world-wide Commie Conspiracy. I lived by the logic of sequestered truth and hidden agendas. My inner world was obsessively realized and as curative as it was debilitating. It rendered the outside world prosaic and made my daily transit in that world passably bearable.

The old man ruled my outside world. He ruled permissively and kept me in line with occasional outbursts of scorn. He thought I was weak, lazy, slothful, duplicitous, fanciful and painfully neurotic. He was unhip to the fact that I was his mirror image.

I had his number. He had mine. I started shutting him out. It was the same extrication process I utilized with my mother.

Some neighborhood kids got my number and let me into their clique. They were outcasts with Good social skills. Their names were Lloyd, Fritz and Daryl.

Lloyd was a fat boy from a broken home. His mother was a Christian wacko. He was as foulmouthed as I was and loved books and music just as much. Fritz lived in Hancock Park. He dug movie soundtracks and Ayn Rand novels. Daryl was an ass-kicker, athlete and borderline Nazi of half-Jewish parentage.

They let me into their clique. I became their subaltern, court jester and stooge. They thought I was a big-time laugh riot. My raunchy home life shocked and delighted them.

We rode our bikes to movies in Hollywood. I always lagged a hundred yards behind -my Schwinn Corvette was just that heavy and hard to propel. We listened to music and spritzed on sex, politics, books and our preposterous ideas.

I couldn’t hold my own intellectually. My sense of discourse was internally directed and channelled into narrative. My Friends thought I wasn’t as smart as they were. They teased me and ragged me and made me the butt of their jokes.

I took their shit and kept coming back for more. Lloyd, Fritz and Daryl had a keen instinct for weakness and were skilled at male one-upmanship. Their cruelty hurt -but not enough to make me drop their friendship.

I was resilient. Small slights would make me cry and undergo intense grief for ten minutes maximum. Emotional thrashings left my wounds cauterized and ready to be reopened.

I was a case study in teenage intransigence. I held and iron-clad, Steel-buffed, pathologically derived and empirically valid hole card: the ability to withdraw and inhabit a world of my own mental making.

Friendship meant minor indignities. Raucous laughs with the guys meant assuming a subservient role. The cost felt negligible. I knew how to reap profit from estrangement. 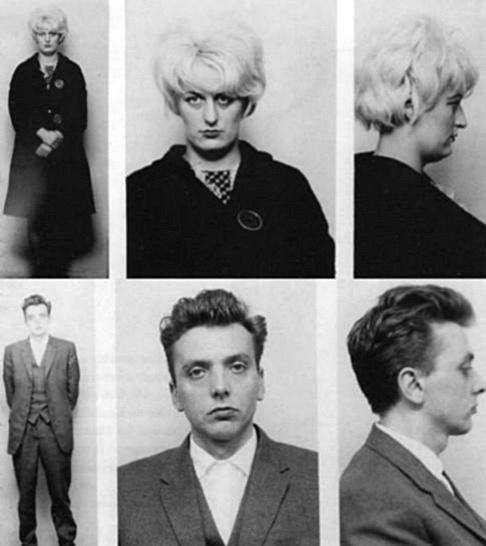