“When scholars talk about the sources of Shakespeare’s plays, they almost always mean printed books like Holinshed’s Chronicles that they themselves can read; but Shakespeare’s was an aural culture, the music of which has long faded. Lost to us are the unrecorded sounds reverberating around him -street cries of vendors, church bells, regional and foreign accents, scraps of overhead conversation, and countless bits of speech that filled the densely packed capital. Some of these made their way into Shakespeare’s writing, others impeded it, and still others were a kind of precondition for it.”

1599; a year in the life of William Shakespeare

Alianza Editorial 2018 (publicado originalmente en 1608 en el Quarto I bajo el título completo de M. William Shak-speare: His True Chronicle Historie of the life and death of King Lear and his three Daughters. With the vnfortunate life of Edgar, sonne and heire to the Earle of Gloster, and his sullen and assumed humor of Tom of Bedlam) 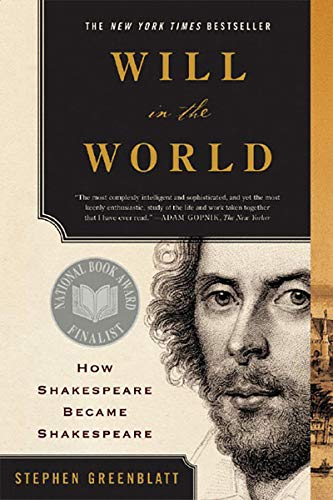 “The author of The Winter’s Tale was not a folk artist, and he made it clear in many ways that he was not. A sheep-shearing festival performed on the stage of the Globe as part of a sophisticated tragicomedy was not in fact a sheep-shearing festival; it was an urban fantasy of rural life, informed by knowing touches of realism but also carefully distanced from its homely roots. Shakespeare was a master of this distancing; if he had a sympathetic understanding of country customs, he also had ways of showing that they were no longer his native element. The Athenian lovers are not in fact in the woods to celebrate the May; Duke Senior bears no resemblance to Robin Hood; the queen of the sheep-shearing festival is not a shepherd’s daughter but the daughter of a king; and if an old, mad father becomes the object of murderous attack by his children, it is not in the grotesque comedy of the mummer’s play but in the sublime tragedy of King Lear. No one can stamp upon the ground and make Lear or his daughter Cordelia spring back to life. Sir Toby and Falstaff come closer to the actual way in which Lords of Misrule functioned -they do for a limited time overturn sobriety, dignity, and decorum- but Shakespeare went out of his way to depict them after their disorderly reign is over: “What, is it a time to jest and dally now?” Prince Hal shouts in a rage, throwing the bottle of sack at Falstaff (1 Henry IV, 5.3.54). “I hate a drunken rogue,” moans Sir Toby, beaten and hungover (Twelfth Night, 5.1.193-94).

But there was nothing defensive in the ways Shakespeare distanced himself, no stiff-necked insistence on his sophistication or learning, no self-conscious embrace of the urban or the courtly. He had deep roots in the country. Virtually all of his close relatives were farmers, and in his childhood he clearly spent a great deal of time in the orchards and market gardens, in the surrounding fields and woods, and in tiny rural hamlets with their traditional seasonal festivals and folk customs. When he was growing up, he seems to have taken in everything about this rustic world, and he did not subsequently seek to repudiate it or pass himself off as something other than what he was. The cultivated Elizabethan literary critic George Puttenham writes snobbishly of “boys or country fellows” who listened with delight to blind harpers and tavern minstrels singing old romances and who enjoyed the carols sung at Christmas dinners and at the old-fashioned wedding feasts known as bridales. Will was almost certainly one of those country fellows. He doesn’t seem to have been anxious about such pleasures, though he subsequently moved in circles that laughed at their rusticity. He simply took them with him to London, as his possession, to be used as much or as little as he liked.

Shakespeare was anything to indifferent to being counted as a gentleman. But his concern for his station in life, his longing for social success, and his fascination with the lives of aristocrats and monarchs did not entail the erasure of the world from which he came. (Perhaps he simply loved the world too much to give any of it up.) Instead, he used his boyhood experiences -as he used virtually all of his experiences- as an inexhaustible source of metaphor.”